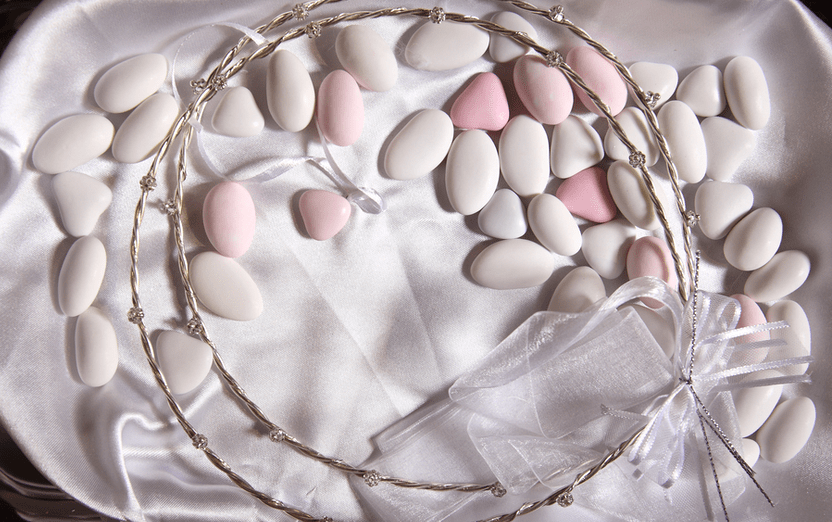 For the union of a man and woman to be recog­nized as sacramentally valid by the Orthodox Church, the following conditions must be met:

2. Before requesting permission from his Metropolitan to perform a marriage, the Priest must verify that:

a. neither of the parties in question are already married to other persons, either in this country or elsewhere;
b. the parties in question are not related to each other to a degree that would constitute an impediment;
c. if either or both parties are widowed, they have pre­sented the death certificate(s) of the deceased spouse(s);
d. if either or both of the parties have been previously married in the Orthodox Church, they have obtained ecclesiastical as well as civil divorce(s);
e. the party or parties who are members of a parish other than the one in which the marriage is to be performed have provided a certificate declaring them to be members in good standing with that parish for the current year; and
f. a civil marriage license has been obtained from civil authorities.

3. No person may marry more than three times in the Church, with permission for a third mar­riage granted only with extreme oikonomia.

4. In cases involving the marriage of Orthodox and non-Orthodox Christians, the latter must have been baptized, in water, in the Name of the Father and the Son and the Holy Spirit. The Church cannot bless the marriage of an Ortho­dox Christian to a non-Christian.

5. The Sponsor (koumbaros or koumbara) must provide a current certificate of membership proving him or her to be an Orthodox Christ­ian in good standing with the Church. A person who does not belong to a parish, or who belongs to a parish under the jurisdiction of a bishop who is not in communion with the Greek Orthodox Archdiocese, or who, if mar­ried, has not had his or her marriage blessed by the Orthodox Church, or, if divorced, has not received an ecclesiastical divorce, cannot be a sponsor. Non-Orthodox persons may be members of the wedding party, but may not exchange the rings or crowns.

Requirements for Marriage at Transfiguration Greek Orthodox Church
1. Each person who wishes to solemnize their wedding at Transfiguration must complete the Marriage Preparation Seminar.  In an attempt to help build a stronger marital bond between both husband and wife, this seminar presents the Orthodox view of marriage. The world via media outlets, i.e. television, magazines, movies, Internet etc., displays a secular view of marriage that is based oftentimes upon romance and /or fantasy. The Orthodox Church bases marriage on true love (agape), commitment, sacrifice and the holy traditions of our faith.

This seminar will:
a. Explore the sacramental nature of marriage as viewed by the Orthodox Church
b. Give awareness to many of the practical issues and problems that may surface in the initial years of a marriage concerning romance and intimacy; in-laws; finances; family life; communication; conflict such as frustration, disagreements, arguments, disappointments, etc.)
c. Speak on the religious expression of marriage
d. Present the guidelines for marriage at Transfiguration Greek Orthodox Church
e. Distribute the Ecclesiastical Affidavit and petition the Metropolitan of Denver for marriage.

2. The bridal party is encouraged to plan a wedding rehearsal prior to the marriage ceremony.

Days When Marriage Is Not Permitted
Marriages are not performed on fast days [Wednesday and Friday] or during fasting seasons; these include the Great Lent and Holy Week, August 1-15, August 29 (Beheading of St. John the Baptist), September 14 (Exaltation of the Holy Cross), and December 13-25. Nor are marriages celebrated on the day before and the day of a Great Feast of the Lord, including Theophany (January 5 and 6), Pascha, Pentecost, and Christmas (December 24 and 25).

Inter-Christian Marriages
It is a fact that, the more a couple has in common, the more likely they are to live together in peace and concord. Shared faith and traditions spare couples and their children, as well as their extended families, many serious problems, and help to strengthen the bonds between them. Even so, the Orthodox Church will bless marriages between Orthodox and non-Orthodox partners, provided that:

1. The non-Orthodox partner is a Christian who has been baptized, in water, in the Name of the Father and the Son and the Holy Spirit; and

2. The couple should be willing to baptize their children in the Orthodox Church and raise and nurture them in accordance with the Orthodox Faith.

A baptized Orthodox Christian whose wedding has not been blessed by the Orthodox Church is no longer in good standing with the Church, and may not receive the Sacraments of the Church, including Holy Communion, or become a Sponsor of an Orthodox Marriage, Baptism or Chrismation. A non-Orthodox Christian who marries an Orthodox Christian does not thereby become a member of the Orthodox Church, and may not receive the Sacraments, including Holy Commu­nion, or be buried by the Church, serve on the Parish Council, or vote in parish assemblies or elections. To participate in the Church’s life, one must be received into the Church by the Sacra­ment of Baptism or, in the case of persons baptized with water in the Holy Trinity, following a period of instruction, by Chrismation.

Inter-religious Marriages
Canonical and theological reasons preclude the Orthodox Church from performing the Sacrament of Marriage for couples where one partner is Orthodox and the other partner is a non-Christian. As such, Orthodox Christians choosing to enter such marriages fall out of good standing with their Church and are unable to actively participate in the life of the Church and receive the Holy Sacraments, including Holy Communion. While this stance may seem confusing and rigid, it is guided by the Orthodox Church’s love and concern for its member’s religious and spiritual well-being.